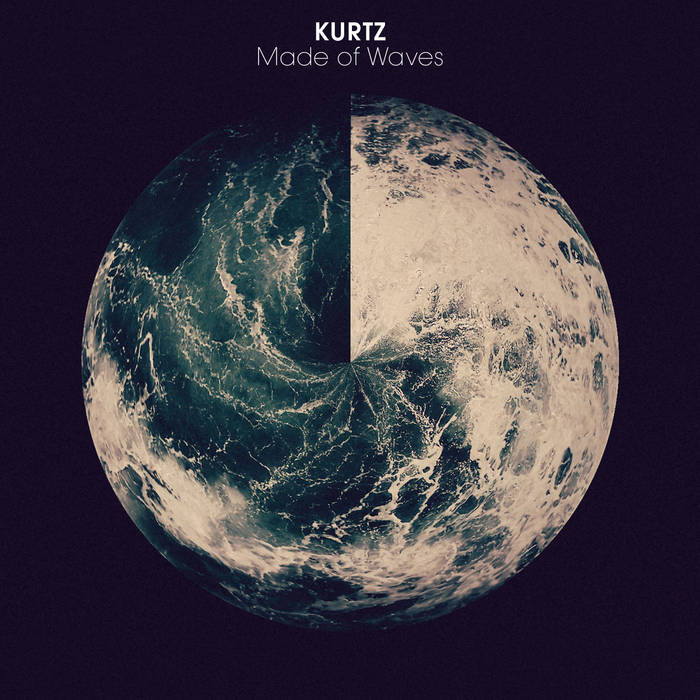 Kurtz present their second album, ‘Made of Waves’ - a record of collaborations with an array of artists from the London scene.

Longtime fans of Frank Turner/Million Dead will be pleased to hear a return to his punk roots on ‘Warren of Thieves’, while the album also boasts the talents of Crushed Beaks’ Matt Poile, brothers Chris & Adam Prendergast (Alex Clare | Lianne La Havas), Liam Lever (LTNT) and former Arrows of Love vocalist Lyndsey Lupe to name but a few. The resulting record is a unique and bold sonic journey through London’s underground rock scene.

Following their debut LP ‘Falcon Frontiers’ (2012 Soundmaker Records), the pair decided to take a wider approach to making music, discarding the restraints of a two-piece by inviting input from friends and associates. As guitarist Fred says, "we wanted to expand upon the notion of what music lovers think a two piece band can achieve".

With production from Tape Op’s Al Lawson (Lower Than Atlantis, Peace) and mastering by the award-winning John Davis (MPG’s Mastering Engineer of the Year 2016, Led Zeppelin, Royal Blood, The Prodigy), this album has been crafted by some of the industry’s finest talents.

Produced by Al Lawson at kore studios and mixed at distortion plus.
Mastered by John Davis at metropolis.
Additional vocal recording by Pete Morrow at dropout studios & Mark Sturgess at soundstation.

Pete Morrow helped in pre production, writing, recording and playing on this album. It is dedicated to his lasting memory.